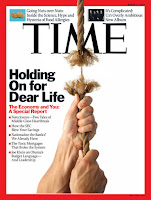 If you can find a stock with a reversal pattern or some other technical positive in place and sentiment is awful - like SNAP was in mid-August - it might be ripe for at least a trade if not investment. Likewise, when all the Amazon haters finally acquiesce (i.e. shut up) then we can consider the stock is too high.
Posted by Michael Kahn at 4:03 PM 3 comments: 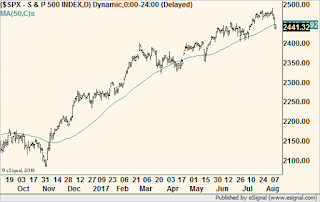 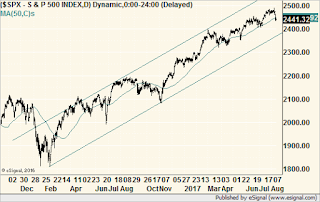 So, slap on your averages, short-, medium- or long-term, simple, exponential or VIDYA, and find out what the current trend is. However, selling just because price dipped below your average is not always a good idea.
Posted by Michael Kahn at 6:49 PM No comments: