Sorry for not posting for a few days but the weekly foot of new snow around here put a big crimp in the schedule.

Aside from another Nobel prize winner getting jailed (El Baradei in Egypt after Liu in China), the big story around the world still has to be food prices. That's one of the reason cited for the riots in Tnisia and Egypt. To the charts: 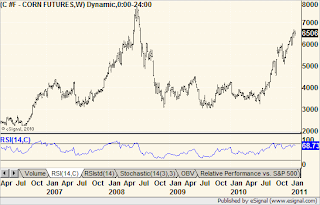 Corn - bull market and no mention of the evil speculators of 2008. 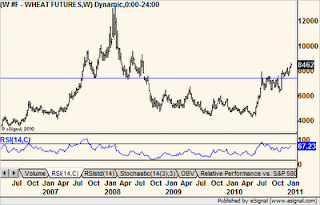 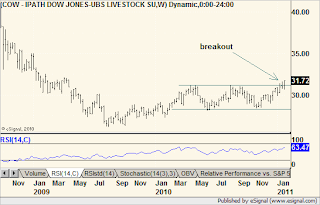 Livestock ETF - cattle and hogs have a breakout 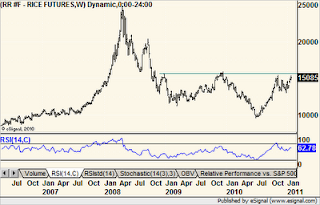 Rice -knocking on the door of a breakout after a nice bull flag.

That covers the mainstays of just about every ethnic diet (soybeans looks like corn).  Where will the next riot be?
Posted by Michael Kahn at 10:26 AM